Spin Your Way to £100K with LeoVegas and Starburst

What do you get when you combine the promo prowess of LeoVegas with the spin power of Starburst? Simple: you get a slots promotion worth £100,000! In a bid to give you something to roar about (quite literally) this month, LeoVegas is giving mobile slot players’ the chance to spin your way to bank a share of £100K, free spins and even a few goodies from Apple.

For those in the know, Starburst has been a leading spinner in the industry for years. However, until March 23 things, as D: Ream said, can only get better. Split into four parts, this LeoVegas promotion is all about one thing: points. The more spins you make, the more points you earn and, if you’ve “peaked” at the end of the weekly race, you’ll win anything from £100 in cash to £10,000.

Free Spins on the Top Slots at LeoVegas

To give this slots bonus even more juice, LeoVegas is playing the short game as well as the long game. Each time you make a deposit and play Starburst, you’ll not only improve your chances of winning a weekly race, you’ll also earn instant free spins.

In fact, you’ll have the opportunity to earn as many as 100 free spins each day which you can then use on the following mobile slots:

At this point, the natural question becomes: how do I join the LeoVegas pride and win a slice of £100,000? Naturally, this deal is only open to registered real money players, so you’ll need to follow the sign up link below and create your first account if you haven’t done so already.

Secondly, you’ll need to make deposits and play. The more you play, the higher up the leaderboard you’ll climb and, if you’re ranked within the top 30 in a given week, you’ll win a prize. To boost your chances of winning, you can also earn raffle tickets based on your play.

For each £10 deposit you use to play Starburst, you’ll earn points in the following ways:

Assuming you spin your way through a decent amount of revolutions during the dates below, you’ll have the chance to win one of 30 prizes, including: £100, an iWatch, an iPhone 7, £1,500, £5,000. In fact, if you’re one of the top 30 LeoVegas Starburst spinners during week 4, you’ll win even more as the prize pot is doubled.

For those wanting to join the action, make sure you follow our LeoVegas sign-up link and start spinning between these dates: 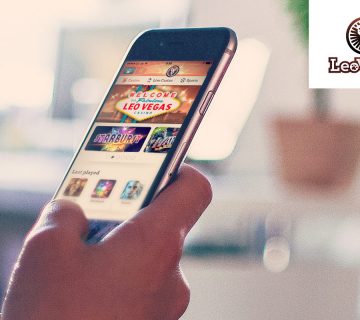